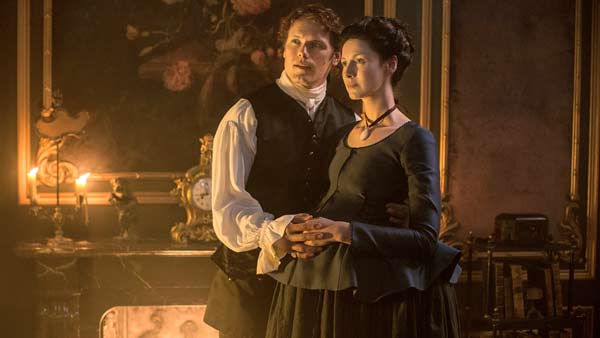 Last year “Outlander” broke into the Emmys derby with a nomination for Best Music Composition (Series) and now it’s poised to do much better considering it’s an established mega-hit with strong critical acclaim. But how much better?

“Outlander” recently won top Critics’ Choice Awards (Most Exciting New Series and Most Bingeworthy Show) and People’s Choice Awards (Favorite Sci-Fi/Fantasy TV Show and Actress), but the Emmys can be tougher. Voters are snobs, but they sometimes overcome their bias against “genre” programs when they want to – like when “Game of Thrones” romped last year.

BEST DRAMA SERIES
Instead of the old pattern of five nominations in this category, there are seven, but it’s still difficult for “Outlander” to break in because the race is too danged crowded with Emmy faves like “Game of Thrones,” “House of Cards,” “Downton Abbey,” “Homeland,” “Better Call Saul” and “Orange is the New Black” plus sexy newcomers like “Mr. Robot.”

BEST DRAMA ACTRESS
Last year there were 75 contenders entered in this category, but about two-thirds of them didn’t really have a prayer of nabbing a nom – like Robin Tunney(“The Mentalist”) and Poppy Montgomery (“Unforgettable”). Caitriona Balfe is now a serious contender after scoring a Golden Globe nom.

BEST DRAMA ACTOR
Sam Heughan‘s lusty profile may be a detriment at the Emmys if voters fail tolook past his chiseled jaw to observe his fine acting chops. That may be what happened to him at the Golden Globes where he was mysteriously snubbed even though his costars Balfe and Tobias Menzies got in.

BEST COSTUMES (PERIOD/FANTASY)
Terry Dresbach was recently nominated at the Costume Designers’ Guild, which means that her peers are paying attention. Previously, she won an Emmy for HBO series “Carnivàle.” This year she certainly deserves the kudos, having overseen the design of 10,000 costumes, many of which were made by hand.

BEST MUSIC COMPOSITION (SERIES)
Bear McCreary was nominated for “Outlander” last year and won two years ago for “Black Sails,” so he’s got an excellent shot to return.

For the rest of the article go to the Site:
http://www.goldderby.com/article/2016/outlander-sam-heughan-caitriona-balfe-tobia-menzies-starz-emmys/

Posted by Outlander Homepage at 8:25 AM