10 reasons for reading the Outlander series while watching the show! 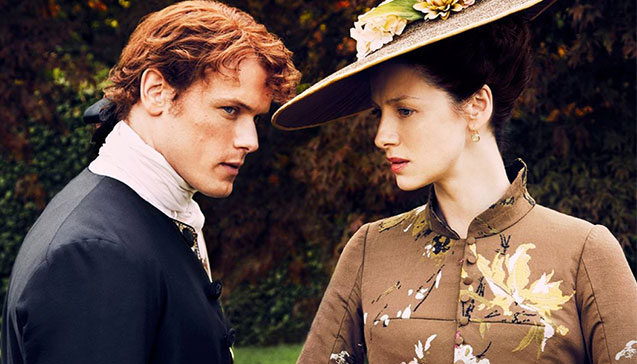 For the rest of this article:

Here’s a rule I like to live by: there’s no such thing as too much Outlander. If you’ve fallen in love with the TV show (and Jamie Fraser), like the rest of us, but have been procrastinating picking up Diana Gabaldon’s epic series, here are 10 reasons why you should:

1. The steamy scenes are much more…detailed.

In the TV show, Jamie wears his heart on his sleeve like a true Scot, so you always know where he stands. But there’s something wonderful about the sequels to Outlander where you get to see Claire through Jamie’s eyes.

3. The return of characters you love (and love to hate!)

We’ll try to stay mostly spoiler-free, but certain characters from Book 1/Season 1 make appearances in later volumes—so in a time travel novel series, know that goodbye is not forever!

4. Jamie and Claire aren’t the only love story.

~
Eventually, Jamie and Claire have a child. And when that child grows up, we get to see her love story, too! (One of the big Season 2 questions is whether we’ll meet Brianna, Jamie and Claire’s daughter…if you read the books, you’ll get to meet her first.)

The show does a great job of bringing 18th Century Scotland and France to life visually, but one of Gabaldon’s best qualities as a writer is her attention to detail when making Claire and Jamie’s world come alive. If you’re a history nerd, you’ll learn lots of weird trivia and fun facts from reading the novels!

Unlike the current problem with another popular TV show-based-on-a-book (hint hint), there are way more books in the Outlander series to go, so there’s no chance (knock on wood) of the show running out of material before they catch up with the book storylines.

Okay, here’s my defense for this reason: watching happy couples on TV can be boring! There, I said it. In the rest of the Outlander series, Jamie and Claire are separated, have near-death misses, balance constant miscommunications and potential threats to their relationship—and they even eventually leave Europe to travel to the Americas…where, just like the war they are trying to prevent in Season 2 of the show, another war awaits them in the American Revolution.

8. The mysteries of time travel are explored.

The books don’t ignore the fact that Claire (and some friends/enemies she’s met along the way) are also time-travelers, and Gabaldon touches on the potential reasons for why and how these people travel. Sci-fi nerds, these details will delight you.

9. You’ll start to wonder: what could Diana Gabaldon possibly come up with next?

From the Scottish Highlands to the courts of Paris, the rocky seas of the Caribbean to the uncharted territory of the USA…Gabaldon has taken readers on a journey literally through time and space. I can’t wait until the next book because I have no idea where the series will go next! I do have one suggestion, though: the future?

There’s no such thing as too much of the perfect man. Book Jamie is just as loyal, fiercely loving, stubborn and generous as he is in the TV show. Why settle for just one Jamie Fraser when you can have two?

Images via GIPHY
Posted by Outlander Homepage at 7:04 AM