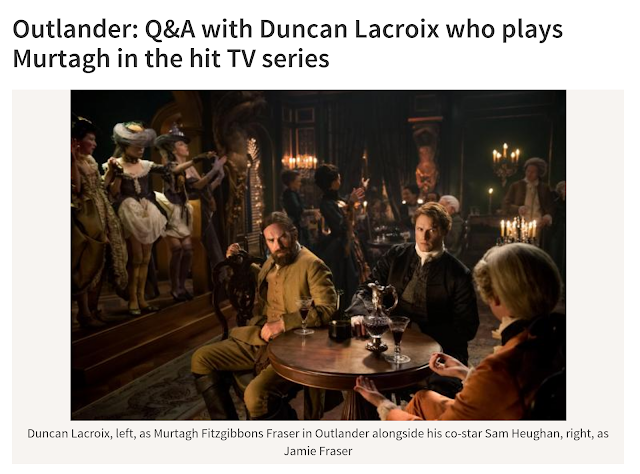 The show's second season based on the bestselling books of Diana Gabaldon will see Murtagh travel to 18th-century France as part of an ambitious plan to meet Bonnie Prince Charlie and prevent the bloodshed of the Battle of Culloden from happening.

Prior to Outlander, Lacroix’s past roles have included Vikings, Game of Thrones and Primeval.


How would you describe your character Murtagh in Outlander?
Straightforward. He has a very direct and strong moral compass. He does the things that need to be done in the most economical way possible, but he has also got a nice warm side to him. There is a duality where he could easily cut your throat but also babysit your children.

Murtagh is the strong, silent type. Does that leave room for improvisation?

There was scenes where I found I was gravitating more towards his relationship with horses, how he is more tactile with them. That played into a scene, before the marriage, when I get the kilt for Jamie. In terms of dialogue we are not allowed to improvise very much. Apart from when I’m doing Gaelic because I just speak nonsense.

Describe the relationship between Murtagh and Jamie?

Big brother/little brother. Uncle/nephew. Best friends. They share so many sensibilities and are both Frasers – blood ties back then would have been very important. Jamie is almost like the perfect extension of what Murtagh would be like if he [Murtagh] wasn’t so irritable.

Did you and co-star Sam Heughan spent a lot of time off-set to get that bonding aspect?

We have got to know each other as friends as time has gone on. It definitely wasn’t a deliberate thing. We go hiking and things like that, but it wasn’t a case of "let’s get together and hang out". It is almost impossible not to get on with Sam Heughan.


Where did you go hiking?

The Trossachs. I haven’t gone Munro-bagging with him. I’m trying to work my way up to it. He does something stupid like eight mountains in a day and I would still be at the bottom of the first one wheezing.

How does your character develop in season two of Outlander?

You get to see more of what makes him tick. I don’t think he is a character that ever develops from who he is fundamentally, but you get to see his character stretched in season two in what he has to deal with and get his head around. 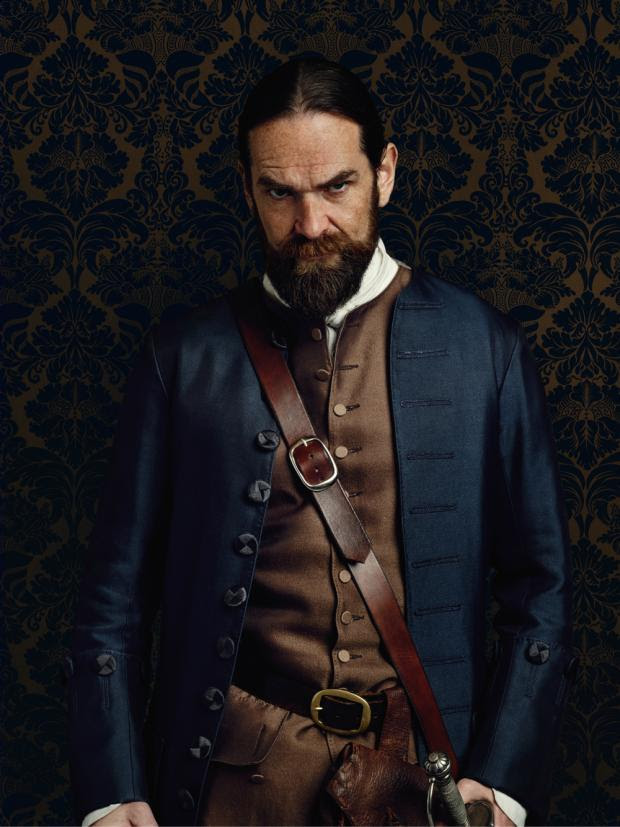 The second series of Outlander sees the action transfer partly to 18th-century France. Does it feel to some extent like a completely new show?
Absolutely. I said that a couple of weeks into it. You don’t realise how huge a character Scotland was in the first series until you are not there anymore. It did feel like a different show altogether for the first few episodes, especially with the politics.

The amount of detail they put into the sets is amazing. [There is] a whole swathe of new characters and a lot of French actually spoken in it.

Is there a French connection with your surname?
My great grandfather was French, but that doesn’t mean I can speak French unfortunately. I’ve got into trouble at French airports many times over that.

Given the huge popularity of Outlander, what does it feel like to go from the unknown of filming the first season to knowing you now have all these global fans?
A lot easier. Not only was it a new show, but I hadn’t had that much television experience as most of my experience comes from stage work. I had only done little bits and bobs up until then so I was largely terrified for the first two or three months.

Are you being recognised more these days?

I avoided that by going to stay in England and Morocco between seasons. I have been spotted a couple of times in Glasgow and Edinburgh.

What does Murtagh do in France?

He gets dragged into the intrigue and political plots almost against his will. You can see him dressed in some crazy costumes and meeting the king of France – it is a bit of culture shock.

Have you always been good at conveying an array of emotions with a single raised eyebrow?

Posted by Outlander Homepage at 7:48 AM