Trouble in Outlander Paradise? Paris Is Clearly Not Easy on Claire and Jamie's Marriage

To read the rest of this article and more to directly to site:
http://www.eonline.com/news/758942/trouble-in-outlander-paradise-paris-is-clearly-not-easy-on-claire-and-jamie-s-marriage 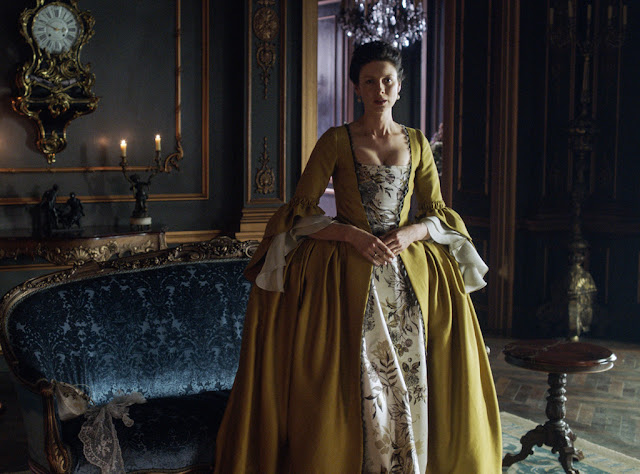 In tonight's episode of Outlander, Claire (Caitriona Balfe) finally realized why Louise's young friend's name is so familiar to her, and it was not a happy realization.

In 1746, Mary (Rosie Day) would marry Jack Randall, and would continue the Randall family line that eventually leads to Frank. As if that fate weren't sad enough, Claire connected the dots just after learning that Mary didn't even understand what sex was or why anyone would ever partake in such an activity. While the idea of this future/past/present marriage is truly disturbing, Claire had to put it out of her mind for most of the episode as she struggled with whether or not to tell Jamie (Sam Heughan) that his greatest enemy is still alive.


The more luck he had with his political dealings, the less Claire wanted to ruin his good mood, and Jamie was in quite the good mood by the end of the night.

During another day spent with Charles in the brothel, Jamie came across a young thief named Claudel. He promptly hired him, renamed him Fergus, and sent him on a mission to steal Jacobite-related mail, much of which was in code. One letter included piece of sheet music that required some Da Vinci Code-like deciphering to read, and it ended up confirming suspicions of a conspiracy theory in which the English were helping to fund the Jacobite movement.

Specifically, one particular Englishman named the Duke of Sandringham was willing to provide 40,000 pounds for the cause, and Jamie believed that meeting with the duke could convince him to pull his donation.

Of course, the issue with that is that if Jamie meets with the duke, he will surely find out that Black Jack is still alive, which is going to put quite the damper on his feeling of accomplishment.


Meanwhile, Claire took a little too well to her duties as lady of the house before she realized being the lady of the house was not what she wanted her purpose here to be. After nearly yelling at Murtagh and her maid, Suzette, for having sex instead of mending Claire's clothes and doing whatever it is Murtagh is supposed to be doing, Claire headed to the hospital to seek out a more productive way to spend her time.

At L'Hopital Des Anges, Claire met Mother Hildegarde (Frances de la Tour) and her small dog, Bouton, and was able to prove her medical skills (and potential future as a Woman vs. Wild) by tasting a woman's urine and diagnosing her with diabetes/"sugar sickness." Hildegarde turned out to be helpful in more ways than one when she was able to explain how to decode the sheet music (with help from stories of her friend, Johann Sebastian Bach). 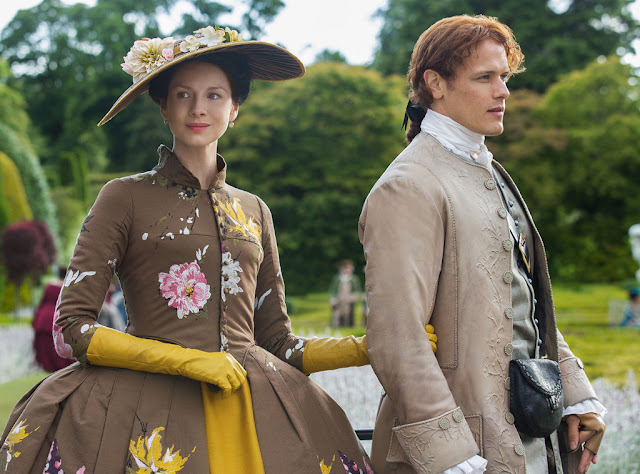 Because Jamie is Jamie, he could not have been less happy to hear that Claire was happy in her new job. "But what about me!" he basically said, along with, "What about the baby?" He was pissed at her for endangering their child and for daring to find her own thing to do instead of sitting at home and waiting to help him with the thing he was doing. It was one of those rare reminders that despite all that is great about him, Jamie is still a man raised at a time when women served their husbands and ran their households and drank tea, and didn't do much more than that.

Because Claire is Claire, she refused to listen to Jamie, so she's not giving up her new duties at the hospital any time soon.


And finally, will anyone ever be able to unsee the masked woman who painted a butt on her front and breasts on her back? We sure won't. She will haunt us in our nightmares forever, accompanied closely by the madam and her magnifying glass, but at least this year's nightmares are better than the one we were having last season...

Posted by Outlander Homepage at 7:37 AM