Episode 202, Will Jamie find his way back to Claire?

By Megan Vick of TV Guide 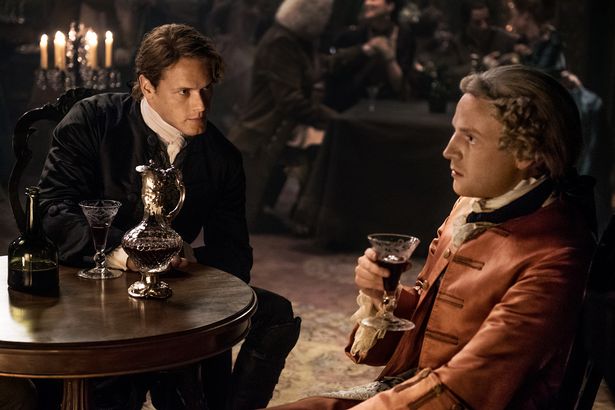 The Frasers have officially made it to Paris in the second season of Outlander, which means it's time for affaires politiques!

Despite his initial reservations about what schmoozing in the French court would do to their souls, Jamie Fraser (Sam Heughan) turns out to be a talented politician. "We discover a lot about Jamie in Paris," Heughan tells TVGuide.com. "We discover he's got quite a good head for numbers and business. He can play chess pretty well. We see another side to him."


But will the fans, and more importantly Claire (Caitriona Balfe), like this more refined version of Jamie? "The relationship between these two characters is the most important part of the show and it really is tested in a large way," Heughan says.

Paris won't be the only thing that tests the relationship. Jamie is still dealing with the aftermath of his rape and torture by Black Jack Randall (Tobias Menzies), and a change in geography won't make the trauma go away. "It takes quite a while to get to any point where he can even grapple with it. It's a different time. This is not a century that dealt with anything like therapy or even the concept of talking through these difficulties," says executive producer Ron Moore. "It's not in his nature or in the spirit of the time for him to find ways how to even deal with it -- or even realize that he needs to deal with it. It definitely affects his relationship with Claire."


For more of this article and mega buzz
Go to original source http://www.tvguide.com/search/?keyword=Outlander
Posted by Outlander Homepage at 7:50 AM