OUTLANDER stars Sam Heughan and Tobias Menzies were spotted filming a much anticipated duel for season two of the show in Glasgow.

CRUCIAL scenes for the much anticipated season two of Outlander were filmed in Glasgow today.
Two of the show's main stars, Sam Heughan and Tobias Menzies, were spotted shooting a duel in the city's Pollock County Park.
The cast and crew were filming the much anticipated encounter between Jamie Fraser and Black Jack Randall, following their dramatic confrontation in the finale of the show's first season.
Yesterday, we told you that Pollok Country Park had joined a growing list of Scottish locations used for filming the hit TV series after it was turned into a 1700s-themed set.

You can see pictures from the shoot below.

The second season of Outlander, which is based on Diana Gabaldon 's second novel Dragonfly in Amber, will see Jamie and Claire Fraser continue their story in France.
The Frasers will attempt to change the course of history in Paris as they attempt to stop the Jacobite rising by seeking out Bonnie Prince Charlie.
Although the next season of Outlander is set in France the majority of the action still takes place in Scotland.
From Linlithgow Palace to Tibbermore Church , Scotland provided the perfect backdrop for the first season of Outlander.
The hit show was filmed across various locations in Scotland, including a one-month stint at Doune Castle . 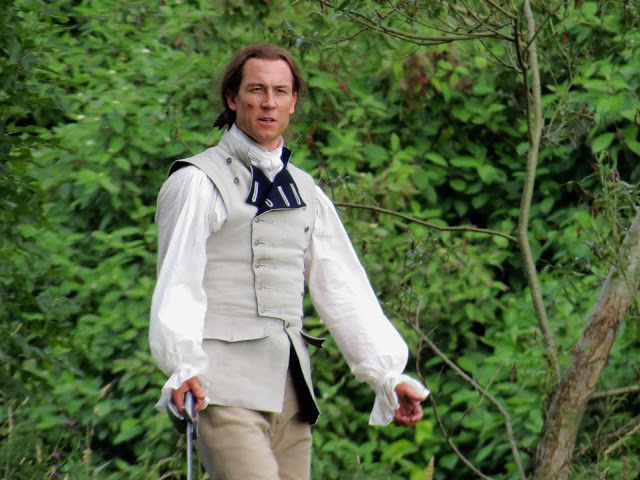 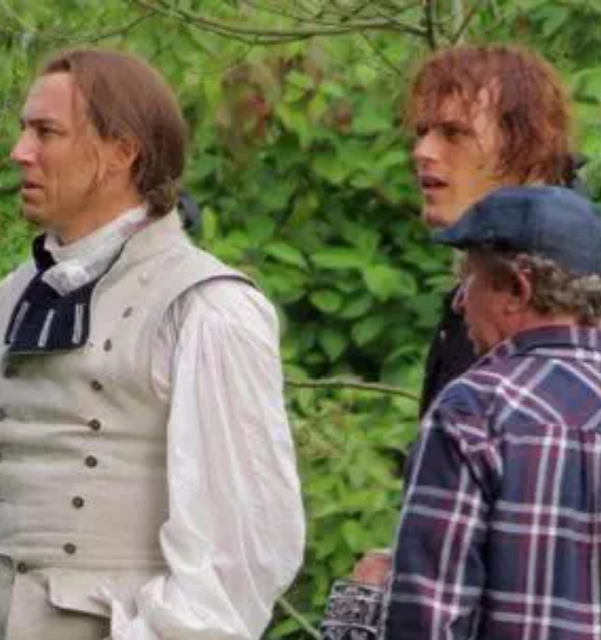 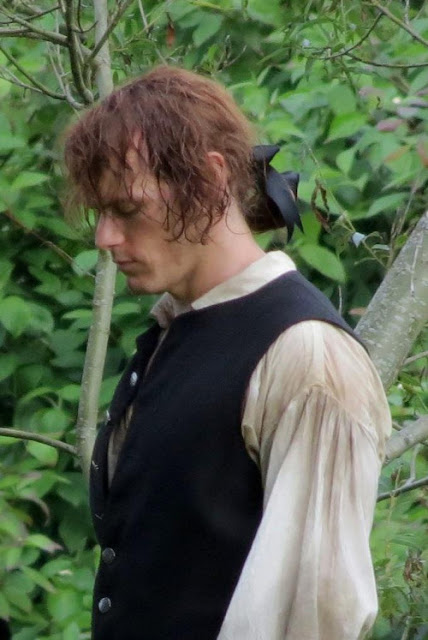 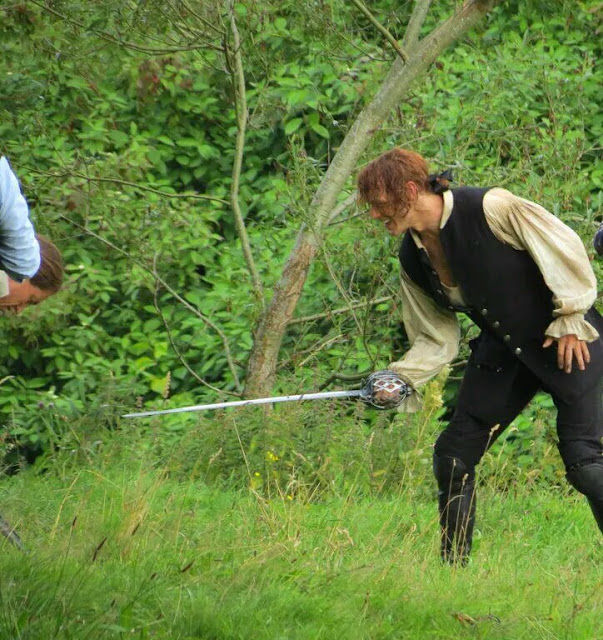 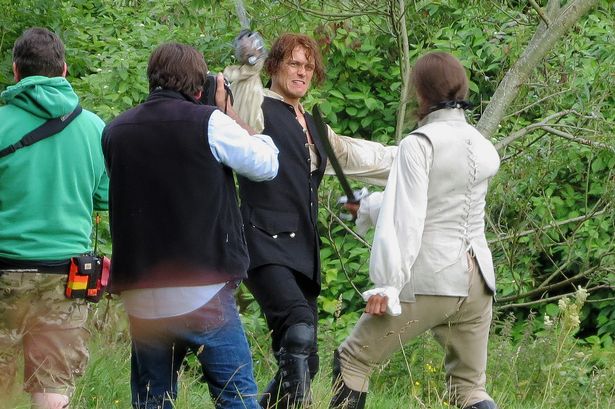 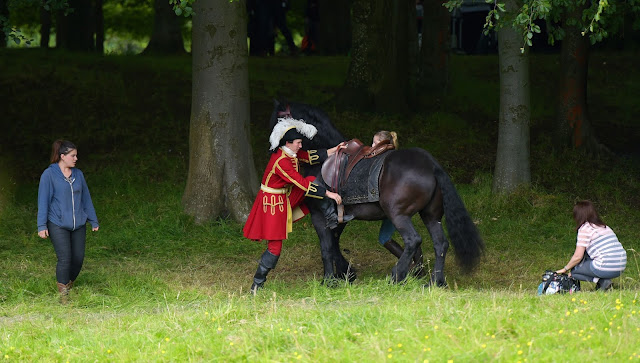 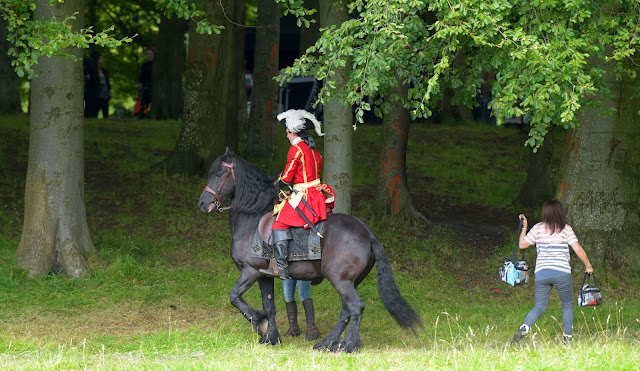 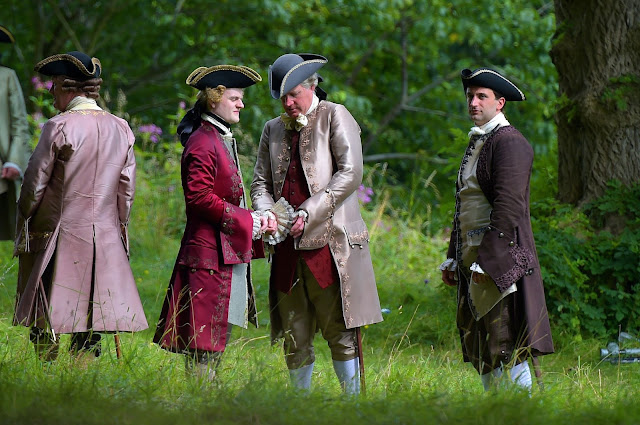 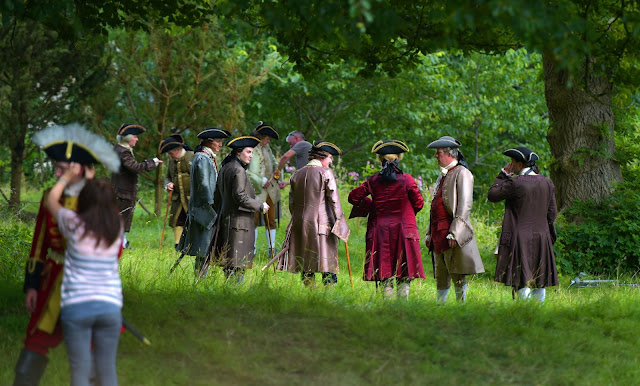 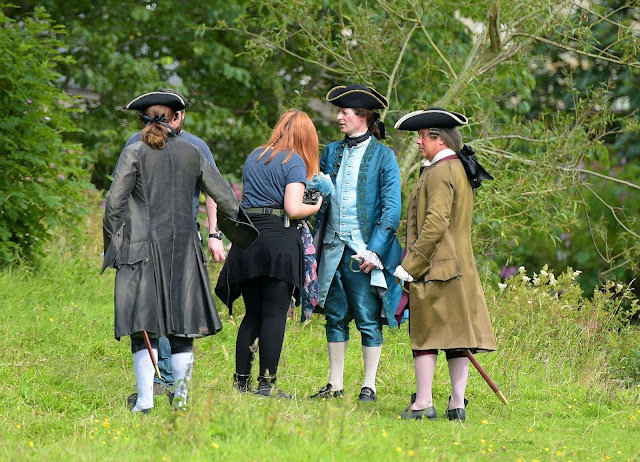 Posted by Outlander Homepage at 7:33 AM