Rapid Fire Q and A with Àdhamh Ó Broin:  His quest to save the endangered Dalriada Gaelic dialect and who (really) was his best student among the Outlander Cast! 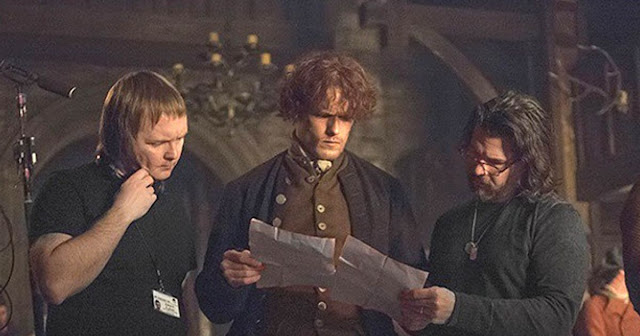 1. With regard to your fundraising project, what, specifically, are you planning to do to "spread the word" to save the Dalriada dialect, once you get the website up and running?

Not all that much really. I will leave that to others once they've discovered the website. I will be spending my time filling it with everything I have collected over the years so that every fragment of poetry, vocabulary and story appears in the one place. I will make available a grammar and lessons in the dialect. Then I will rely on interested parties making the effort to learn. If I meet with genuine enthusiasm and application, I will likewise try to make myself available as much as possible to help in the language's acquisition. There are a lot of plans which will begin to unfold as the years wear on. One of those will be my taking on apprentices (in the Leanne Hinton model) who plan on having a family so that I can bring them to complete fluency in the dialect which they will then use when bringing up their children. Direct action is the only way forward.

2. Which is more important to achieve, in your opinion:  Increased awareness of the old language, so that it doesn't die out, or the re-institution of the language into the school system for the youth to learn and use?  What do think is the best way to achieve these goals going forward?

Those are the same question to an extent. Awareness alone won't save the language, but then neither will placing it into the school system. All that happens there is that it becomes part of officialdom and the kids learn to reject it like they do everything else that is forced on them from outside. Gaelic becomes an imposition and is then treated as such. The advantage of widespread awareness of the language however is that it becomes less easy for Scots to treat Gaelic like it never existed, making Scotland a less challenging environment for those of us who are willing to commit genuine time and energy to the work ahead to get on with that unmolested.

3. We've just recently published our interview with John Ferguson, creator of Saltire Comics.  Are you familiar with Saltire?  If so, what do you think of it?

I haven't read it, although I like the look of it. It's on my daughter's hit list to read.

4. Are you aware that Mr. Ferguson has been translating Saltire into Gaelic and that it is going to be introduced into educational system in Scotland next year in an effort to get children to read more? What do you think of that idea?

I think anything portraying heroism in connection with the language of our own ancient heroes has to be a good thing. There is a general dearth of that sort of thing across the board in favour of bland PC über-rationalism which is hardly likely to excite adults, nevermind kids.

5. Scottish Gaelic seems to be a difficult language to learn because there are many sounds not present in the English language. Was there one actor in the Outlander cast who picked up the dialect quicker than the others?  Who was your best pupil?

Grant O'Rourke was the quickest mind there, the most capable at grasping the concepts and new sounds, but Sam, of course, was the most natural sounding once he got into his flow. His enthusiasm for the material was second to none. There wasn't a single one of those fellas that weren't an immense amount of fun to work with though. I was very lucky.

6. How long did it take Sam Heughan and Duncan Lacroix to learn the entirely Gaelic conversation in "To Ransom a Man's Soul"?  How did they do (tell the truth!)?

Exceptionally well. We went out on a wonderfully high note in terms of Gaelic in Season 1. It didn't take them too long compared to the start. By that point they were used to dealing with the material and so simply had to learn the living crap out of it. And they did. We had under an hour to shoot all angles of the entire scene and the whole cast and crew were outstanding in making it a success. It was a great relief, as the material was tough and it could have gone either way. I think myself and Ira (Steven Behr) could sense each other's relief about that scene working out the next morning when we met on set!

7. For the people who don’t already know, how did you get the job of being the Gaelic Consultant on Outlander?

I think I've answered this one about 100 times! I saw a circular from the Gaelic College in Skye saying that the production needed a Gaelic Consultant. I contacted them, met the producers and we all liked each other's take on things. The rest is history!

8. How has it changed your everyday life?  Were you surprised by the degree of interest in the language from Outlander fans?

I suppose I was. It didn't surprise me on a personal level as I knew well how attractive the whole culture was, coming from it myself (on both mother's -Scottish- and father's -Irish- sides), but professionally it was a shock at how much my efforts would come to be valued. I give everything when I'm on set -sometimes maybe I can be a bit overzealous!- so it's very rewarding to be appreciated for my work. But I will say again. I am not a celebrity -or I don't consider myself one at any rate- the language and culture are the true celebrities and deserve all the exposure they can get.

Aye, I've been doing a little consultancy here and there, but French is the biggie at the moment, something I hear is working out very well. As you can imagine, I am not at liberty to give details, but anyone reading Dragonfly will of course have a taste of the sort of Gaelic that might pop up.

10. Are you looking forward to seeing how the battle of Culloden will be filmed on the show next season?

That will be interesting. It's a very delicate one and I'm sure the producers will be giving it a lot of thought and planning to make sure it comes off as realistically as possible. You can tell from Season 1 the sort of dedication to detail that goes into every scene and I can't imagine this will be any different!

A very special "Móran taing" to Àdhamh!  We really appreciate your taking time out of your busy schedule to do this quick Q and A.

(As a side note:  we can’t tell you how pleased we are that you’ve met your fundraising goal of £10,000!   And to our readers: we’re pretty sure that Àdhamh wouldn’t say “No” to any additional donations you’d like to make to this most import cause).
Click here to donate: http://www.crowdfunder.co.uk/dalriadagaelic 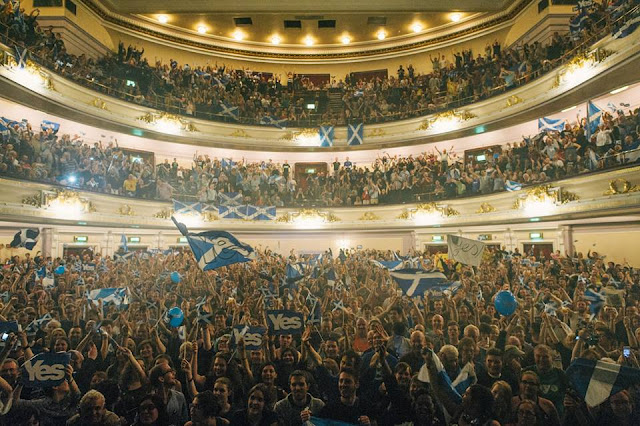 Posted by Outlander Homepage at 7:49 AM