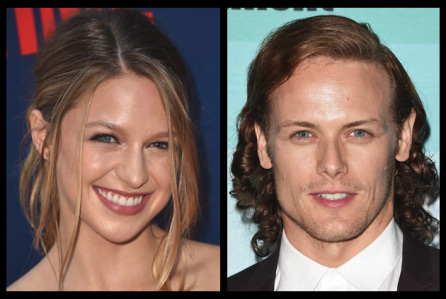 
Screen Gems has set two of the hottest stars on television for its feature film Oxford. Melissa Benoist, who’ll soon be starring as the title character in the CBS fall series Supergirl, will team with Sam Heughan, who plays the male lead role of Jamie Fraser on the Starz hit series Outlander.Oxford has a script by Allison Burnett, and Temple Hill’s Marty Bowen and Wyck Godfrey are producing.


Soon after arriving at Oxford U, an American Rhodes Scholar student falls for an arrogant teaching assistant who is quietly fighting terminal cancer. When she finds out the reason he is so standoffish, they make the most of each day, traveling the world together. Aside from Supergirl, Benoist’s recent films have been The Longest Ride and Whiplash. Burnett previously scripted Underworld: Awakening for Screen Gems, as well as Gone, Fame and Untraceable.

Heughan got a great deal of attention for his work in the final Outlanderepisodes, in which his swashbuckling character was raped by his nemesis. In a coincidence, the actor who played that other role, Tobias Menzies, also just signed on for a Screen Gems film as he will play a key role in Underworld: The Next Generation.

Benoist and Heughan are repped by UTA and Burnett by Paradigm. Heughan is repped by the UK by United Agents.

Posted by Outlander Homepage at 7:01 PM