The pair, who play Jamie Fraser and Claire Randall have had viewers hooked on their romance

We may be in the middle of a Droughtlander but there is still a buzz among Outlander fans.
The romance between Jamie Fraser and Claire Randall, who are played by Sam Heughan and Caitriona Balfe, quickly captured the audience and the show was met with tremendous reviews from fans and critics.

This has been emphasised by Sam's nominations for Best Drama Actor at Gold Derby TV Awards and Best Actor in The Entertainment Weekly "EWwys.

The stars themselves have admitted that they are happy with the way their characters' relationship had grown, citing the wedding episode towards the end of the first series as a particular highlight, the Daily Record reports.

Caitriona said that she was glad with the response and that viewers could connect to the romance as it developed slowly and steadily. 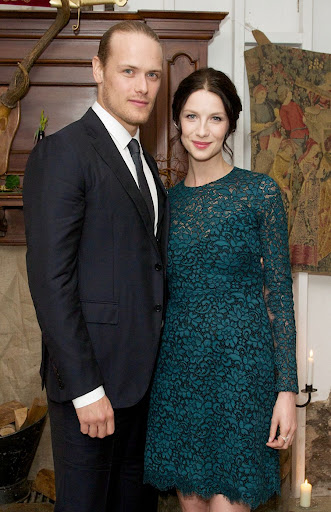 Their characters are so smitten

She told Access Hollywood: "It felt really great. There's been such nice stuff written about how that episode was and I think we all really worked hard to make it as real [as possible] and give it the space that these two people - their love could really develop and that it wasn't instantaneous sex and that they could just get over their nervousness and get through the night and I'm really glad that people responded well to it."
The success of the TV show has also seen creator Diana Gabaldon's Outlander novels return to the top of the best-selling charts.

American author Gabaldon's eight book series have become a phenomenon selling over 25 million copies worldwide.
And Scotland has provided the perfect backdrop for the first season of Outlander.

The original 16-part series was filmed in locations all over Scotland including Glasgow, Perthshire, Fife, Edinburgh and West Lothian. 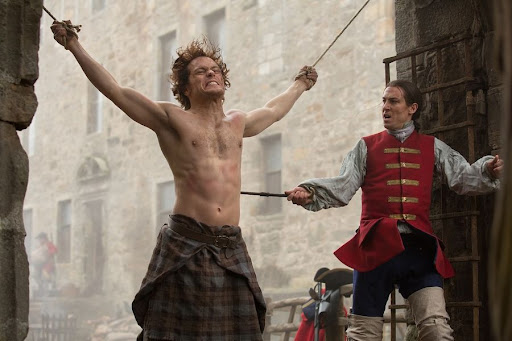 Sony:  The show has fans hooked

Last month, Sam admitted fans will have to deal with the “hangover” of the dramatic finale to Outlander ’s debut season as the show picks up in France.

Speaking to the Los Angeles Times, Sam said: “We’ve gone to France. The story picks up as Jamie and Claire go to France to stop the build-up to Culloden and stop the rebellion.

“There’s definitely a hangover after the events of season one and everything what happened in the finale.

“It feels like a whole new world. We’re introduced to love and characters from Diana’s books.”