This Season of the Starz historical romance epic “Outlander,” based on the novels by Diana Gabaldon, saw heroine Claire Randall (Caitriona Balfe) travel back 200 years to the 1740s where she soon fell in love with the equally heroic Scot Jamie Fraser (Sam Heughan). She also found a nemesis in the odious Black Jack Randall, a captain in the occupying British army and the ancestor of Claire’s 1940s husband, Frank (both played by Tobias Menzies). That season ended with Jack brutalizing Jamie before Claire saved him from capture; the couple then escaped to France. This season finds the lovers infiltrating the French court, plotting to save their Scottish way of life.


Gathered in a Hollywood hotel penthouse for a photo shoot and an interview with The Envelope, the three actors briefly pose as Charlie’s Angels. They each have legions of fans: Caitriots, Heughanots and Menziatics. When asked whose group is the fiercest, Balfe and Menzies simply point at Heughan.

Men, how does it feel to be objectified?

Menzies: It’s a curiosity of the show that that role is reversed.

Balfe [pointing to her body]: Nobody’s interested in this. They’re like, "Put your clothes back on, love. But you!" [Pointing to the men]

Menzies: But it’s Jamie more than Jack or Frank.

Balfe: There’s Team Frank. There’s also team Jack, which is -- let’s not talk about those ladies.

Heughan: I don’t really pay any attention to it. Are we objectified?

Balfe: I sometimes get indignant on your behalf. The way that the women speak about Sam sometimes, if a guy was ever saying those things about an actress, there would be an uproar. I always want his acting prowess and his talent to be front and center.

Heughan: It’s the character, isn’t it? That’s what they’re all obsessed with. I can’t wait to see what he’s like if we do more seasons, because he’s changed a lot in my mind already.

Balfe: This genre can sometimes have these archetypes of such fantasy, but for us as actors, it’s only interesting if that person is real to you. For the audience to go along with this story and really believe the journey, the people have to feel very fully formed and very real.

Menzies: Archetypes aren’t interesting to watch; they have to be three-dimensional.

That speaks to the Black Jack fans. As horrible as he is, you’ve imbued him with great depth.
Balfe: It’s because he’s hot.

Menzies: We could have gone with the cliché --

Menzies: That then makes it very hard to sustain over seasons.

This season in the French court is all about constraint, after the freedom of the Scottish Highlands.
Menzies: It’s starting with a completely different tone and texture, and a very different look. It takes you in unexpected directions. Toward the back end of the season, we come back to something more familiar. But it is a departure.

Balfe: Last year, Claire was just coping from moment to moment. For Jamie and Claire, this season is so much more contemplative. They are in one place for a much longer period than we’ve seen them before, so emotionally, events have landed on them, and it’s about how they cope.

Heughan: Last season was about individuals, and the triangle. This feels like a bigger scale. Fate is playing a bigger factor in Season 2, in terms of changing history.

Balfe: We always talk about how Claire’s a very intelligent woman, and yet she goes into this very dubious mission blindly. Emotionally, she has this guilt with Frank, and that has disastrous consequences for their relationship. She asks something huge of Jamie that nobody in their right mind should ask.

What were the biggest challenges in playing your roles as you moved into this season?
Menzies: In the first episode, we come up against the time travel aspect again, which is in a way the most far-fetched aspect of the story, and so rooting that and making it real for the characters was a challenge.

Heughan: I remember coming in to Season 2 being so terrified that this was going to turn into a period drama with frills.

Balfe: He was like, "I’m not wearing a fancy shirt!"

Heughan: We spent a whole season getting to know these characters, and then when we entered Season 2 we were in a different world. It felt like uneven ground, not only for the characters but for ourselves. Who are these characters and what are they doing in that world? Jamie certainly has to be deceitful and manipulative, where up to now he’s been very honorable, he speaks his mind, he’s very forthright. But if we’d gone straight back to Scotland, it would have been a lesser season. Paris really does bring dimensions to it.

Balfe: The danger sometimes with period drama is that people play periods. I hope we don’t do that at all. People are people, they have the same fears, hopes and dreams 300 years ago as we do now. The circumstances are just different. You have to play the human instead of the time.

Now for a technical question: Were Brazilian waxes really French?

Balfe: Apparently that was done in the day. Who knew? That was one of the funniest scenes to film. Claire Sermonne [who plays Louise de Rohan] was so fantastic, but that poor girl. They were using honey, and she was drowned in it. It was flying all over the place. A naked, sticky mess.


More from the Charlies Angeles Photoshoot! 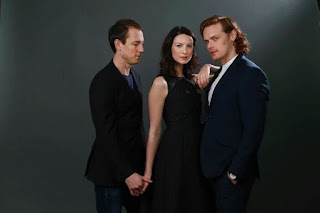 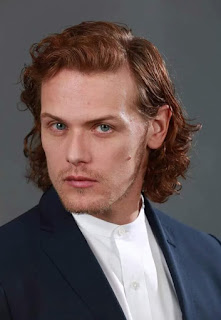 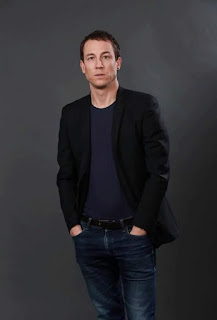 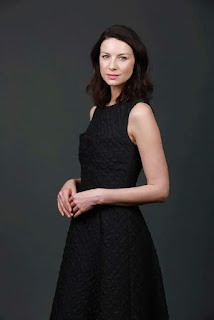 Posted by Outlander Homepage at 8:43 AM