Outlander Fans Will Get a Movie-Size Finale This Season
And two new favorites are about to join the fold.
BY
JOANNA ROBINSONJUNE 6, 2016 5:00 PM 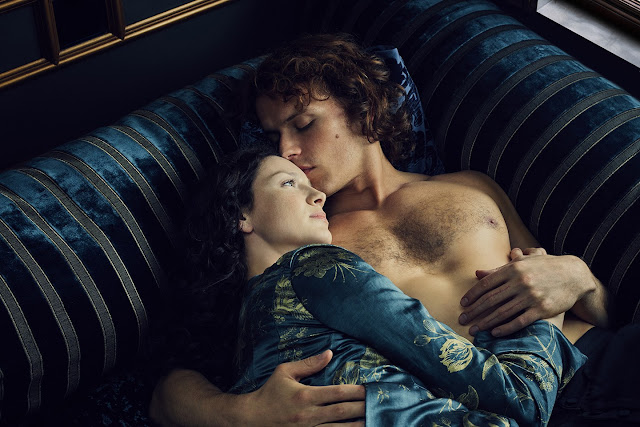 Even as TV grows ever more sophisticated, networks still like to trot out old-school, super-size season finales in order to create an event-like experience. ABC aired two-hour finales for three of its dramas—creatingabsolute havoc in its May schedule—this year alone. But hugely extended run times are rarer for prestige cable dramas, which is why Outlander addicts should be especially grateful to Starz for delivering a 90-minute finale to close out Season 2. That’s essentially an Outlander movie—and, by the looks of it, the show will need all the time it can get.


Flashing forward to 1968, Claire travels to Scotland with her twenty-year-old daughter, Brianna, and meets Roger Wakefield. Claire visits Lallybroch and Culloden Moor to make peace with the past, while Brianna and Roger bond over researching Randall family history. Claire finally reveals the truth to Brianna about her time travel through the stones, her life in 1700’s Scotland, and Brianna’s true parentage. The story is intercut with another one back in the 18th century, which happens on the day of the Battle of Culloden. When Jamie’s last ditch attempts to deter The Prince fail, he and Claire come up with a dangerous plan – which Dougal overhears, inciting him to a murderous rage. Jamie must do everything he can to save the ones he loves, even if it means saying goodbye to some—or all—of them.


Roger Wakefield and Claire’s daughter, Brianna, are two massive fan favorites from Gabaldon’s series. They will be played by Sophie Skelton (Ren) and Richard Rankin (Burnt), respectively. Roger and Brianna are part of the “modern day” Outlander plot—but given the show’s tendency to skip through time, don’t expect them to stay put in one decade.


If the series had followed the books more strictly, Brianna’s introduction would have come at the beginning of the season. But viewers who aren’t familiar with the source material might not have been quite so welcoming to Claire and Jamie Fraser’s grown-up daughter immediately swanning in and taking up valuable screen time. Plus, Brianna’s first scenes—where she’s shocked to learn her father is not Frank Randall—are not her warmest, so it’s a good thing the show is giving its audience plenty of added time to warm up to her.

Posted by Outlander Homepage at 6:29 AM