Rosie Day's photoshoot with The Protagonist. ... 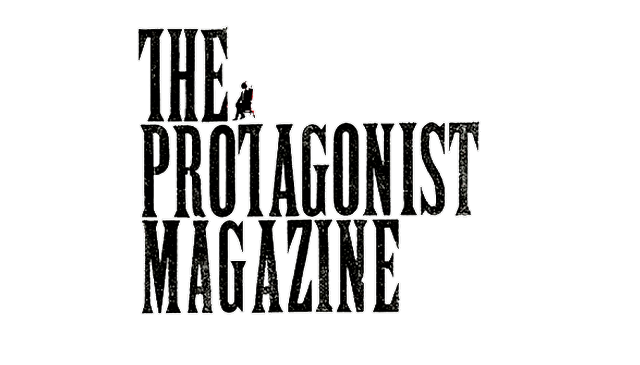 For the full article
http://www.theprotagonistmagazine.com/stage-screen-1/rosie-day 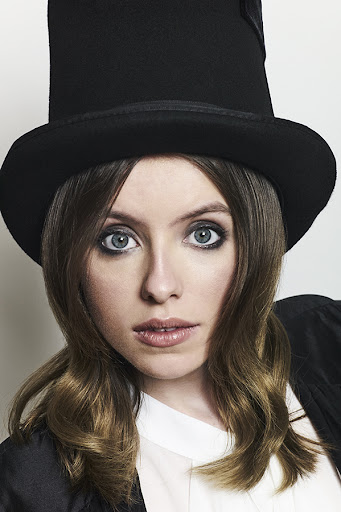 What is it that excites you most about acting?

It’s brilliant - Just getting to step out of yourself and play is so very fun and rewarding and different. Just to not be yourself for a while is brilliant. TV/Theatre/Cinema elicit all kinds of emotions from the audience, and to make a stranger feel something I think is quite a magical thing.

Do you have a favourite film/character that reflects or reminds you of a part of your own personality or a special moment in your life?

I’ve always had a massive affinity with Carey Mulligan’s Jenny in An Education. Which is also one of my all-time favourite films. She’s a girl beyond her years, whose smart but still very naive and innocent trying to navigate an adult world, and realising that being grown up isn’t necessarily a good thing and definitely doesn’t make you a good person.

You started acting very young (at the age of 5), how did this affect your childhood and teen years?

It just meant I had a very different childhood to anyone else I knew. Instead of sleepovers it was filming, instead of after school clubs it was auditions. I was surrounded by adults instead of children, who all taught me so much, and I really just loved it. As I got older I was bullied quite a bit but I didn’t mind too much as I was doing what I loved and got to escape school all the time! 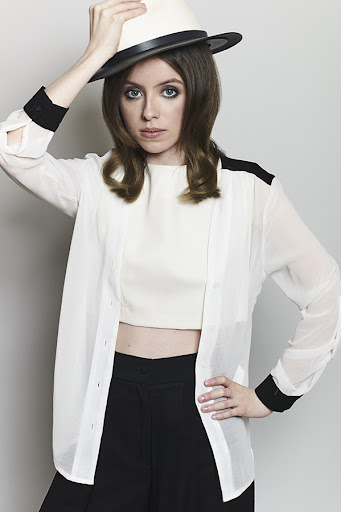 Many personalities have started their career very early as you did, what is your opinion on new icons such as Miley Cyrus, Lily-Rose Depp or Willow Smith?

I think it’s great. Girls showing everyone it doesn’t matter what age you are, you can be a successful, smart female.

You created a campaign on Twitter, using #thepowerofgirl. How would you describe your role in a movement for female empowerment?

I’m a massive feminist and supporter of girls. It’s never been a harder time to be a girl. My generation is the first that’s grown up with social media, and whilst it can be empowering it can also be very damaging. #thepowerofgirl was to celebrate all the strong, amazing, tough, great things that girls and women do every day. I’m involved in lots of feminist projects, and until we can safely say that women are socially, politically and economically equal to our male counter parts, I’ll continue. 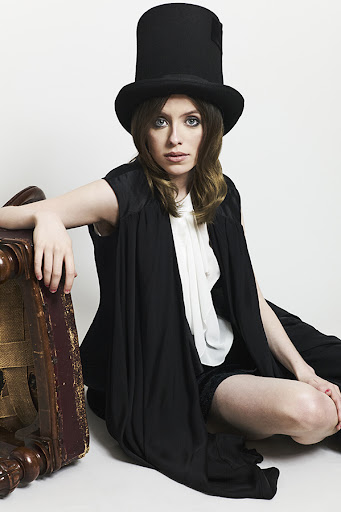 You have acted both in films and TV Series. Do you think that people are sometimes more interested in watching TV Series instead of films?

I think recently because of Netflix and all the online platforms, TV series have become stronger than ever. Series are escapism over a long period of time as you follow and invest in them. It’s so comforting to come home and watch your favourite show. But film is equally important, and as a massive advocate for cinema, I hope TV doesn’t over shadow it.

Might there be a revival in watching films at the cinema?

I really really hope so. The problem at the moment is it’s so expensive, especially in London. In the States, its genuinely a thing families do together every weekend, and it’s so much cheaper there. I’d like to see that come back.

Do you go to the cinema yourself often?

I try to go as much as I can. I don’t often go to mainstream cinemas and see blockbusters, I love watching independent cinema, I’m often found in the Curzon in Soho on a rainy afternoon! It’s so important to get out and see and support British films. To get a British film made, and in the cinema is so very hard these days - we all need to support them. 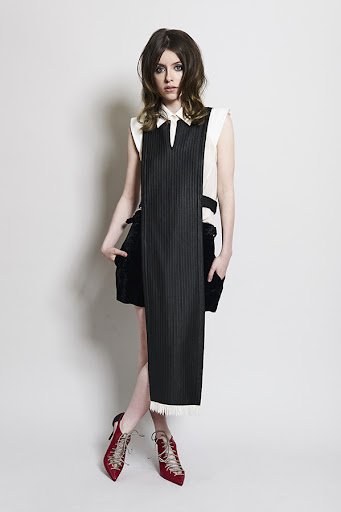 What makes a TV Series special for you?

A great script and a story that needs to be told. I think we’re all looking to escape our lives occasionally, and TV is a great way of doing that.

You have also played in different genres: Romantic in Outlander, Horror in The Seasoning House/Howl, Comedy in All Roads Lead to Rome... What genre of movie evokes the strongest feelings in you if any? Why?

I genuinely love them all. Horror is fun to make and I love getting scared watching them! I love a thriller that keeps you on the edge of your seat, but I was raised on Richard Curtis films like Notting Hill, so I just love a rom-com. I hope I get to do all genres as I continue! I love making films.

Outlander series 2 is set in the 18th Century. Would you have enjoyed living at the time? If not, is there any historical time you would have loved to live in?

As a girl, no way, I’d be married by now and probably dead by giving birth to my 8th child! There was no respect for women at all in that period of time. I love the fashion of the 50’s/60’s but I’m very happy in 2016.

I think it’s a very useful, interesting, fun tool, in small amounts. But it can very easily take over your life. And it can be damaging. People only ever put their highlight reel on social media, never their rehearsals! Instagram is my favourite, as I love photos and looking at dancing and amazing food and cute babies, but mines private as I post about my life on there. And I’m still in the phase of posting angsty emotional quotes when I get sad- so it’s probably best for all if it stays that way.

You have acted in many films, do you have any fun anecdotes/trivia to share with our readers?

Giant fluffy warm coats, sausage and hash brown sandwiches are the best perks of the job. And everyone always has after lunch naps. Being an actor is like being in nursery! 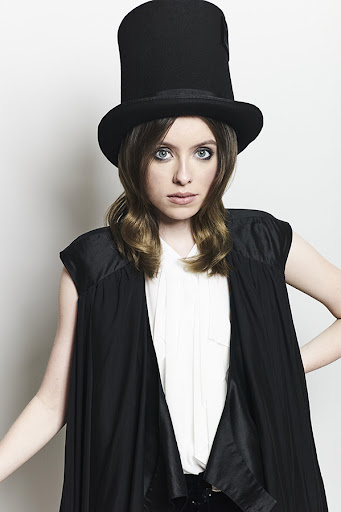 What are your plans/objectives that you would like to reach in the future?

Just to play lots of different kinds of characters, in really good TV series or films or plays. I really adore my job, I love working. And I think I’m at my best when I’m working. I’d love to work in America for a little bit. I also want to continue working with charities, and for feminist causes. Thinking far ahead in the future I’d like a little flat somewhere like Notting Hill, where I could have my friends round and have dinner parties, and afternoon tea. And a little baby eventually!

You mainly live in London, which areas of this city do you prefer the most? Would you like to live somewhere else? Is there any place in the world you would dream of visiting?

I’m totally a street child of Soho, I’ve been hanging out around there since I was tiny, but recently started going more east, which is quite quirky and fun if you can handle the hipsters! I’m found anywhere that has great cake! I’d love to live in New York, I think it’s the only other place I could permanently live, as I’m such a patriotic Brit. A romantic weekend in Amsterdam is top of my list of places to visit at the moment. I just need to find the romance first!

Do you have any favourite personality who you would like to meet?

I’ve been very lucky to actually meet two of my favourite people: Taylor Swift and Caitlin Moran. But I have so many pictures of people stuck on my bedroom wall that are on my list. I think every young girl wants to be best friends with Jennifer Lawrence, myself included. But actresses like Carey Mulligan, Kate Winslet, Emma stone, Emma Thompson and Julie Walters; I think I’d die if I met them! 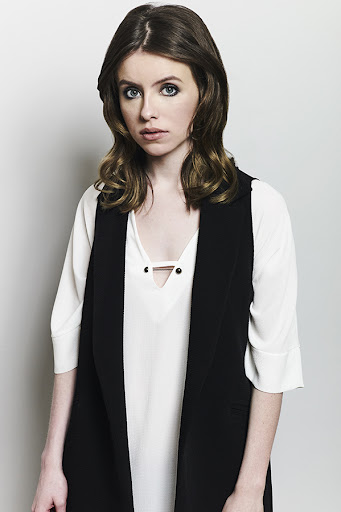 
All images are shot on Leica Camera systems.


Posted by Outlander Homepage at 7:43 AM