​In the latest installment of ​Outlander ​Secrets, costume designer Terry Dresbach talks the most controversial element of the Scotland wardrobe. 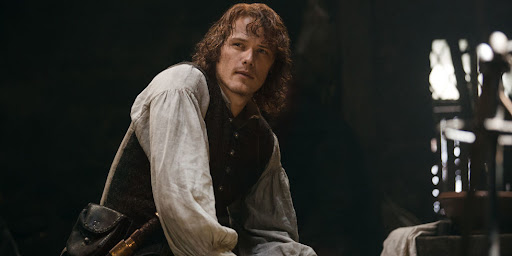 
Much has been written about the head-turning, high-wattage costumes from Outlander's Paris scenes this season: the saturated colors, the meticulous embroidery, the jaw-dropping accessories (er, nipple jewelry). At this point in the Starz hit's second season, Outlanderprotagonists Claire and Jamie have returned to Scotland, ditching Paris' jewel-tone silks for Scotland's utilitarian gray wools—but the chatter about the show's costumes hasn't slowed a bit. How could it, with Emmy-winning costume designer Terry Dresbach at the helm? Here, we chat with Dresbach about Outlander's wardrobe now that we've returned to the Highlands, and the mind-boggling challenges the Scottish wardrobe presents. 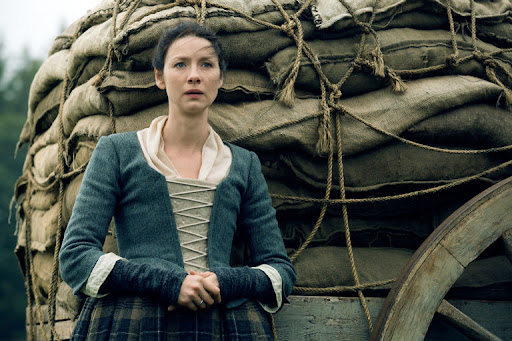 
The catch-22 with tartans:

"You know, it's really interesting because the tartans are a very, very difficult issue. Because unless you have subtitles going across the bottom of the screen that explain history, you're really having to deal with audience misconceptions that go back for decades. There's a lot of scholarly debate about tartans, and I try to ride the line very, very carefully. I won't say which group I believe, because then I'll get 9 million angry letters, but... 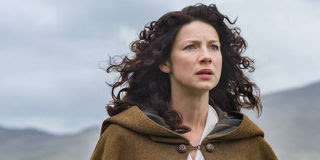 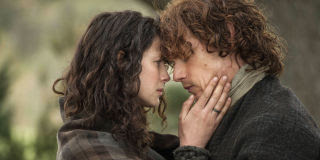 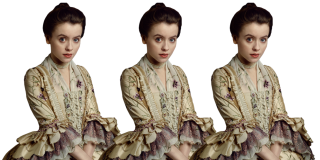 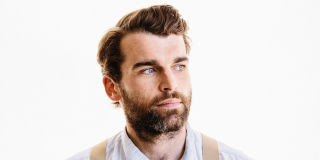 
"THE RESEARCH DOESN'T SUPPORT IT."

There's certainly a school of thought that says that tartans are actually something that was invented by the Victorians as sort of a romanticism of Scotland, that the clan tartans—and all those crazy colors—really isn't accurate to the 18th century. But we do have a romantic association with, 'Oh, I'm clan MacKenzie' or 'I'm clan Fraser.' And certainly our book fans have that, but the research doesn't support it. So my job is to figure out: How do I handle with care people's love of a piece of the story and be accurate? Because either way I'm getting angry letters.

I still get letters from people going, 'Why isn't he wearing the Fraser tartan that I bought when I went to visit Edinburgh and went to that gift shop?'" 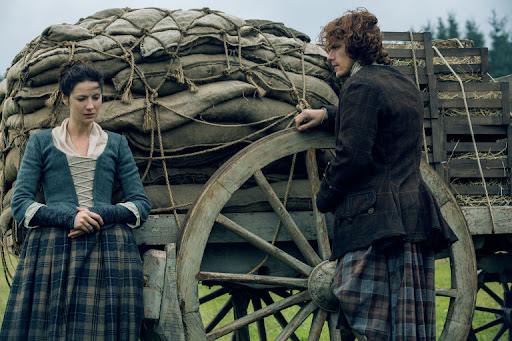 How she handled it:

"What I did was I tried to put myself in the head of somebody in the 18th century. So if I'm a weaver or a dyer or a fabric maker and I'm living in a little smoky hovel with three generations and maybe cow and pig in the corner, and it's pouring rain outside all the time, how much time am I spending with that giant pot over the fireplace [dyeing fabric] getting the exact correct shade of lavender? Probably not a lot. But then enters Prince Charlie wearing his insane red plaid: 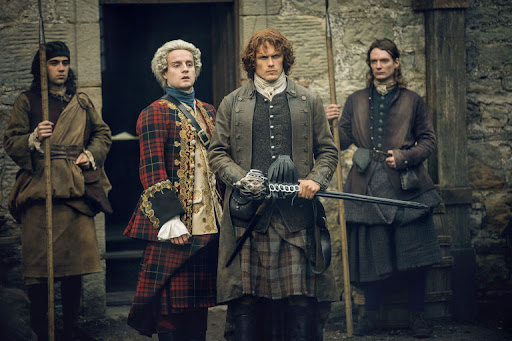 But that's an actual reproduction of a painting that he had commissioned that he actually was out on the battlefield wearing that brilliant red plaid. It's just something, isn't it? [But that makes sense for the Prince to wear that because] dyes were incredibly, incredibly expensive! 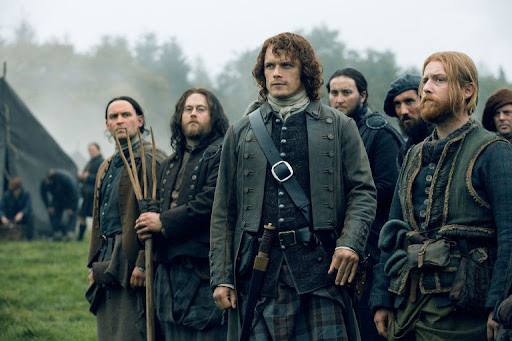 But it just seemed to me like, historically, fabrics are created from the environment people live in. So what we did was research all the plant life in the area of our story and basically came up with: What colors would we be able to produce living where they lived? And then as we filmed we went, 'Okay, the people in this village like this pattern, and the people in that village like this one.' But they're all in the same general geographic vicinity, which is why you see the colors being so similar but the patterns different. Claire will be wearing a different plaid than Jamie's wearing and it's different than what Dougal MacKenzie's wearing, but gosh they look awfully similar.

...But unfortunately, you can't send that letter out to every fan before they watch the show that this is what we're doing."

Posted by Outlander Homepage at 7:39 AM