‘Outlander’ Actress Rosie Day on Mary Hawkins’s Season-Long Transformation
'She is quite strong,' says the English actress. 'She goes through a lot and comes out the other side' 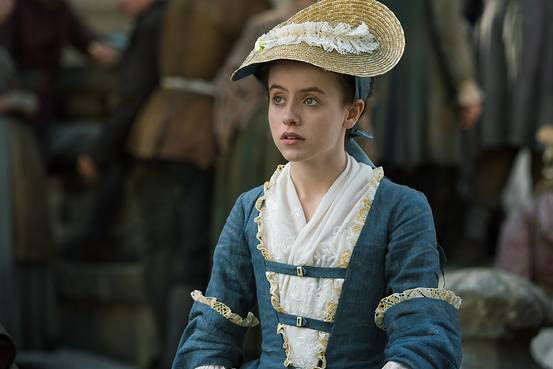 When “Outlander” audiences were first introduced to Mary Hawkins this season, the character wasn’t much to write home about. The sheltered daughter of an English baronet, Mary was living in Paris, preparing for her arranged marriage to an elderly French aristocrat, and balking at the repellent idea of sexual relations. But as she developed a tight friendship with Claire Fraser (Caitriona Balfe), Mary’s integral role in the story became more evident, the teenager eventually evolving from a stuttering, meek aristocrat to a shamed rape victim to an empowered woman capable of slaughtering her assailant.

In tonight’s penultimate episode, aptly titled “The Hail Mary,” Mary’s story came to its conclusion, as the young girl took her rightful place in the Randall family tree as the wife ofCapt. Jonathan “Black Jack” Randall (Tobias Menzies), securing the future of Black Jack’s descendant (and Claire’s 20th-century husband), Frank Randall(also played by Menzies). But as it turns out, the marriage to the ruthless but pedigreed Black Jack was merely to ensure the protection and legitimacy of Mary and her unborn child – a baby fathered not, as Claire had always presumed, by Black Jack, but by his kinder, gentler brother, Alex Randall (Laurence Dobiesz), who died of tuberculosis shortly after the marriage ceremony took place. 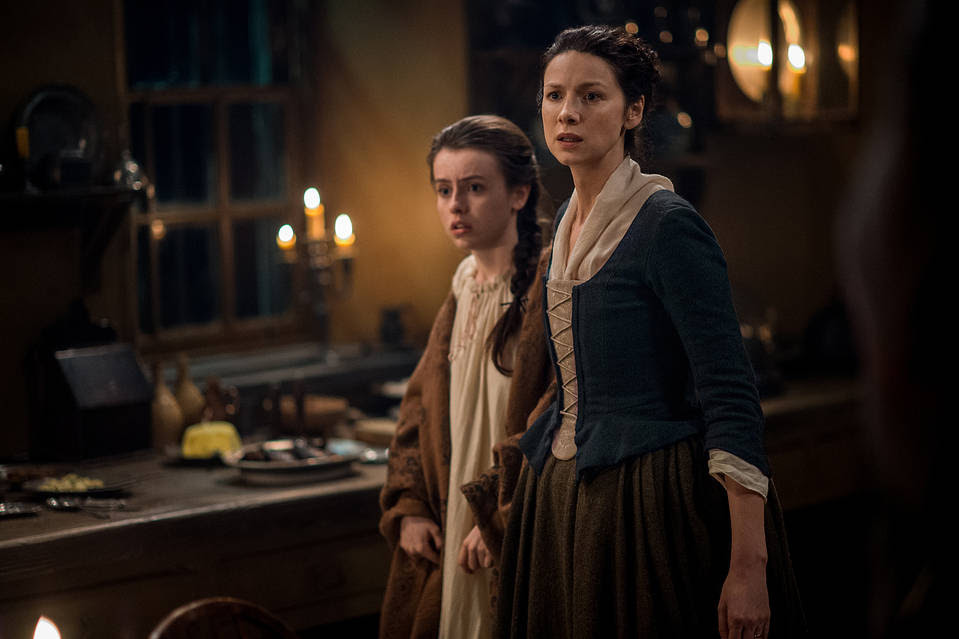 Needless to say, there was much to discuss about Mary Hawkins’s narrative, so actress Rosie Day called up Speakeasy from her family’s Winchester, England, home to chat about her character’s season-long transformation. Although Mary’s story may have ended, Day has been keeping busy since wrapping on “Outlander.” Prior to getting on the phone, the 21-year-old had spent the day recording her voice role in the BBC’s upcoming remake of “Watership Down” (“The terrifying cartoon rabbit film”), which stars James McAvoy,John Boyega and Ben Kingsley.

An edited transcript of our conversation follows:

What was your reaction when you found out that instead of Jamie – as in the book “Dragonfly in Amber” – Diana Gabaldon (who wrote episode 211, as well as authored the “Outlander” novels) had Mary kill her rapist, Albert Danton?

I loved it, because when we were filming [the Paris scenes] in Prague, we were talking about what was going to happen when Mary came back [for the Scotland episodes]. We had the swords on set that day, and everyone was playing with them. And I said to [co-executive producer] Matt [Roberts], “I want Mary to have a sword! I want her to kill someone! Like, girl power!” So when I read [the script] I was so excited, because I’ve done some killing before in some films and it’s actually really fun to do – as awful as that sounds – it’s quite fun to show.

Were you able to talk to Diana about that creative decision?

Yeah, I talked to all of them about it, and they just thought it would be really great for Mary to get her revenge after the brutal rape. I think it’s a real turning point when you see her kill him. That’s a moment when she almost grows up – it’s a catalyst for episode 12. We did one take where I stabbed [Danton], and then Claire immediately comes over to Mary and hugs her, but they said, “No, let’s not play it like that.” Let’s play it so I stab him and then I move away and I’m there on my own, like, not needing to be cuddled or looked after, which you’ve seen so much before. So it’s that moment where she’s standing on her own two feet. 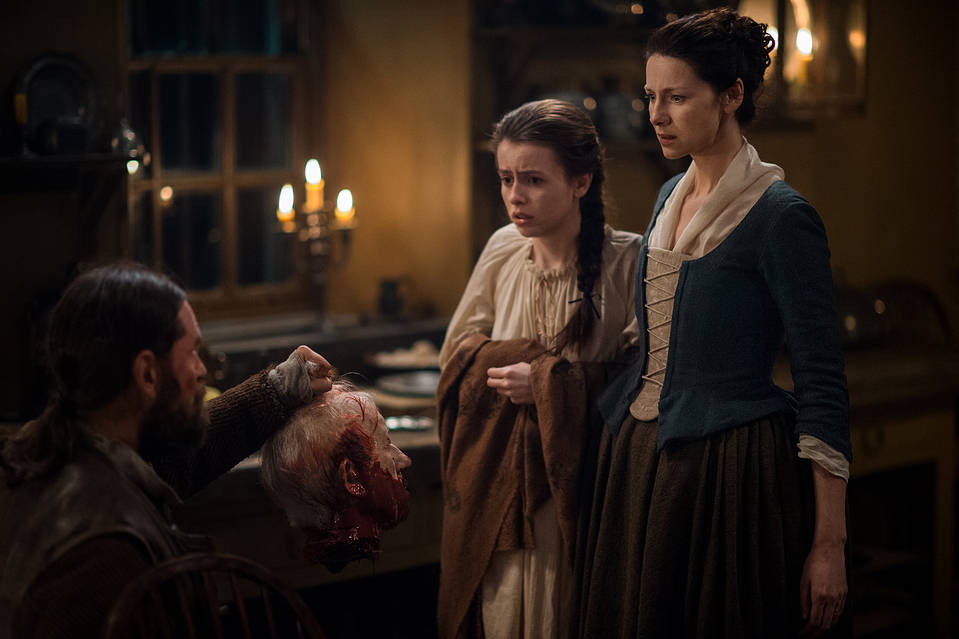 What was it like getting a script written by Diana herself? Intimidating? Exciting?

Amazing! It was like, “No pressure – it’s just her script.” Whatever you do, you want to do a good job, but she’s written that, you’re speaking her words.

By episode 12, Mary is empowered, but do you still see her as a tragic figure? She is forced to marry a man she does not love solely due to the social attitudes of the day.

Yeah, the story of Mary is really tragic because I think between episodes 11 and 12 she might have had some happiness in going to live with Alex and doing something very out of the norm. You know, living out of wedlock with her lover, and she’s pregnant – that’s really different for the time. But then he dies, and because of the time, she’s got to marry somebody, just to look after her and the child. It’s sad, because you see a bit where you’re like, “Oh, yeah! Go Mary!” but then it all goes wrong! We have a joke on set, which is every time Mary turns up it’s because she needs saving by Claire. And it’s true! She is a kind of tragic figure. I mean, she’s so young – if that happened to a 15-year-old today, we’d all be completely shocked. But because it was that century, that was the norm.

Should we be fearful of Mary’s future (even though Black Jack will probably die the following day)? Our last image of her is as a newly married woman watching her husband beat the stuffing out of her beloved’s corpse!

Isn’t that horrible? When we filmed that – we didn’t get to act, because it was just so awful, but Tobias is so wonderful. We know that she has her baby, a little boy [Frank’s ancestor, Denys Randall], and they stay married so she can get his pension and so she doesn’t have to marry again. But I’d like to think that she has a nice life [laughs], that she’s found some solace in the world, because those last 15 years of life have not been too peachy.

Which Mary was more fun to play? The timid version, or the jaded, beaten-down-by-life version?

[Laughs] I liked playing her when she was little and stuttering. But I’m a massive feminist, so when that change happens and she becomes quite kick-a–, that was brilliant. It was really different to go on set and play her as more of a woman, because I had been playing her like a little girl for ages. 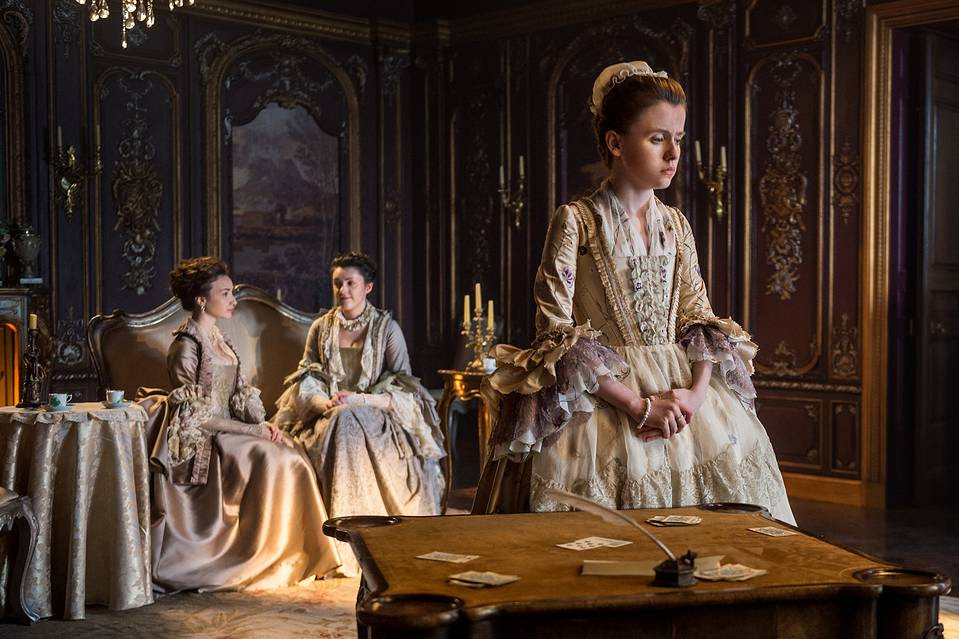 So what did you do in order to make such a palpable switch?

I played her as older – I’m 21, but she’s 15 – so I tried to play her as more my age and be more grounded with her. When we were shooting, there were bits where Claire and Mary had fallen out, and I had actually fallen out with one of my good friends, so it was quite useful! I could channel that quite easily. But it was weird acting like that toward Cait because I was so used to a different relationship with her. It was funny being all cold toward her. I didn’t like it, actually. That was a bit bizarre.

Did you ever make up with your friend?

Honestly? No, we never made up! [Laughs] Literally, we never did!

You always seemed destined to be a part of “Outlander,” because you did a film (“Heart of Lightness”) with both Sam Heughan and Laura Donnelly.

It was the weirdest thing ever, because there were only six of us, and we were in the Arctic Circle in Norway where it was light 24 hours a day. And there’s no Internet, no telly, so we spent, like, a month and a half together in each other’s company. And luckily, we all got on so well. Sam was reading “Dragonfly in Amber,” before he started filming the first season of “Outlander,” and he went, “Rosie, there’s a part in here that you’d be perfect for!” And it turned out that was Mary Hawkins. I think that is the most fortuitous thing. And [after I got the part] I asked him, “Did you say anything to them? Did you go, like, ‘This is my mate, Rosie’?” And he’s like, “I swear to God, I did not say anything to anyone.” I’m like, that’s so creepy… But I love it. It’s so nice to be reunited with Sam and Laura. 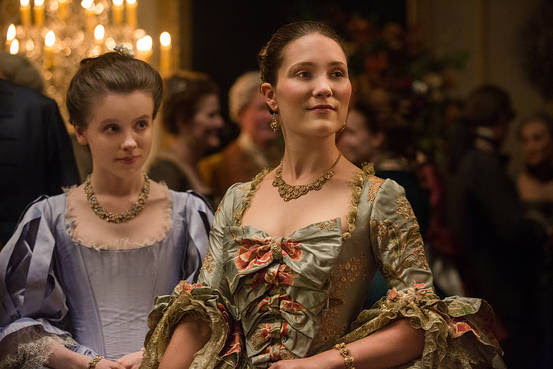 What do you hope audiences learn from Mary’s story as an 18th-century girl forced to suffer through the indignity of rape?

I hope it educates the audience members who aren’t aware that that was something that happened a lot in that era – and that it happens in today’s society as well. And there is still a long way to go with lots of cultures of young women and girls. I watched a film the other day called “Mustang,” which was up for Best Foreign Film at the Oscars, about arranged marriages in Turkey in 2016, and I was like, “This is still happening!” Women are not treated equally, and I hope ["Mustang" and "Outlander"] make audiences think about that and how wrong it is, and how girls are people. I’m not property. You can’t sell me off. I’m a person just like everybody else.

But I think regardless of how awful Mary’s story is, she is quite strong – she goes through a lot and comes out the other side. That is hugely in part because of Claire looking after her. So it’s the power of friendship, but also this story we’re telling is happening all over the world now. And that’s awful when you think about the time difference between the two periods.

Posted by Outlander Homepage at 8:16 AM