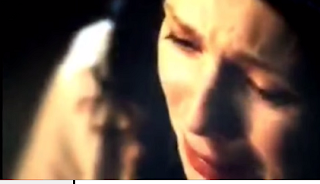 stars Sam Heughan and Caitriona Balfe are in for some big changes on the upcoming Season 2 of the Starz fantasy series. One of them is Balfe’s Claire’s pregnancy. How is this going to affect Jaime Fraser and his beloved?


During the Comic-con 2015 in San Diego, Zap2it managed to speak with the “Outlander” stars regarding Claire’s pregnancy. Balfe said that Claire won’t just experience happiness and excitement suggesting that in the new world and the new challenges that they are going into, there are plenty of obstacles that they have to face, which will make the pregnancy also a difficult one.

“Even though she’s so excited about this pregnancy, it does bring up a lot of her insecurities and a lot of her fears. She lost her parents when she was 5. She doesn’t have this kind of role model of a mother to sort of know what’s going to happen or know how she’s going to be. I think there’s a lot of fear for her in that,” said Balfe.

Well, having a baby really does bring a lot of fears you never thought existed in the first place.

As for Heughan, “He’s a man that’s always been very sure of himself and known what’s right and what’s wrong and what to do in any scenario… They need each other to survive and to deal with this new world that they’re not quite accustomed to.”


It is clear that “Outlander” Season 2 will dive into a new era – France and along with that comes a lot of changes and political drama. After what the two have went through during Season 1, a new world will bring in new complications, which could greatly affect Claire’s pregnancy.

Also, according to Diana Gabaldon, the author of the novel series “Outlander” is based from, the pregnancy will be the “central point of drama” for Jaime and Claire in Season 2.

“They’re facing the idea of being new parents for the first time. Neither one has any experience with it. They’ve got doubts, but at the same time they’re committed to each other and they kind of rely on the strength of their relationship,” Gabaldon said.

Luckily, Claire and Jamie’s bond has strengthened during Season 1 and the biggest hurdle that they overcame together is what happened between Jaime and Black Jack Randall (Tobias Menzies). So, a baby may be difficult but for sure the couple will pull through.
Posted by Outlander Homepage at 10:04 AM